One of our childhood favorite cartoons, the creepy and kooky family is here in Singapore. They began life as a cartoon in 1938, to a real-life television adaptation, to the big screen, and now they’re live on stage.

On the 15th November, THE ADDAMS FAMILY starts performing on stage with their entire clan, whether living, dead or undecided, to the MES Theatre at Mediacorp. Direct from the UK, this production showcases a brand new orchestration and presentation.

The Addams family musical comedy features an original story and every father’s nightmare (well, mom’s too!). Wednesday Addams, the princess of darkness, has grown up and kept a shocking secret that only Gomez knows. She’s fallen in love with a sweet smart young man from a normal respectable family. And if that weren’t upsetting enough, Wednesday confides in her father and begs him not to tell her mother. Now, Gomez Addams must do something he’s never done before – keeping this secret from his beloved wife, Morticia. Everything will change for the whole family on a fateful night they host a dinner for Wednesday’s ‘normal’ boyfriend and his parents. 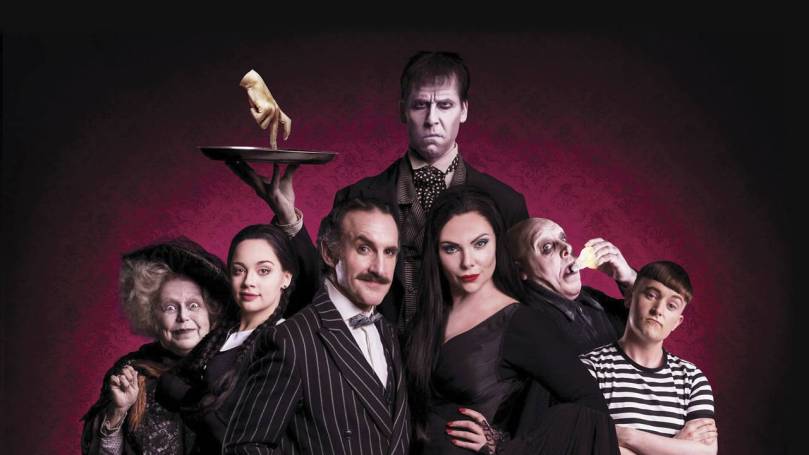 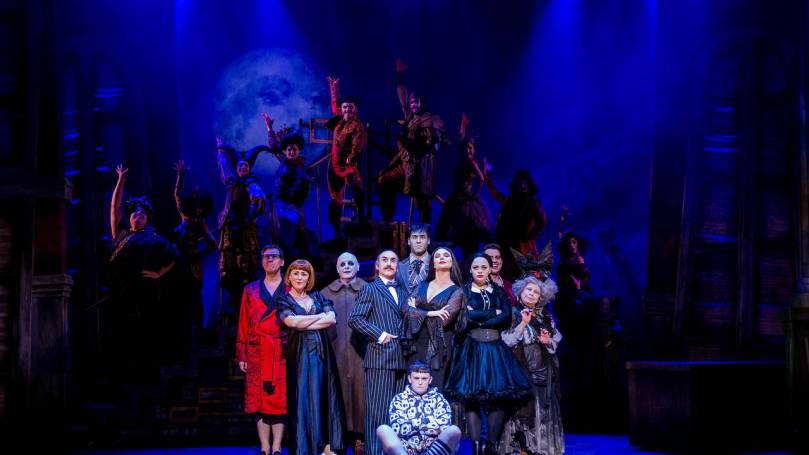 Our favorite kooky family comes direct from UK to Singapore for a limited season with a brand new orchestration until 3rd December 2017. Catch them live at MES Theater. More story will be up in #myfarrahdise.com very soon (link in bio). Swipe it for more photos. I also shared my photo with Wednesday Addams last Halloween. 😄 Thank you @vizproevents @mediacorp for the invite! #theadamsfamily #theadamsfamilysg #themusicalcomedy #mestheatre #vizproeventsXmyfarrahdise #vizproevents #vizpro #mediacorp

It’s always relaxing to watch musical shows that give life to all characters in a most eye-catching way and play by amazing artists. The show is vibrant, organized, and with impressive production and costumes. I loooooove the comedy twist of the story. You’ll surely enjoy it with laughs and laughs in between until the end.

Morticia Addams has been my favorite since, exactly on her trademark look and hand gestures. So that’s how attention to details they are. All the artists standout on stage, giving the right justice to persona they’re playing. Beautiful voices singing all out the emotions of the story, while Wednesday Addams voice is explicitly good.

The show is about 2.5 hours with 15 minutes break. You can still catch them until 3rd December 2017.

Catch more details at Vizpro Mediacorp and tickets are available at Sistic.

Who else love this spooky family?

3 thoughts on “The Addams Family | The Musical Comedy”

Tea House 12% OFF use Code Myfarrahdise12

Weekly pamper time with this 𝗡𝗲𝘄 𝗔𝗹𝗹 𝗜𝗻 𝗢𝗻𝗲 𝗠𝗮𝘀𝗸 𝗳𝗿𝗼𝗺 𝗶𝗹𝗹𝘂𝗺𝗶𝗮𝗦𝗞𝗜𝗡 𝗯𝘆 𝗞𝗶𝗺 𝗟𝗶𝗺. Can you see the after glow? My skin feels soft and hydrated. 😍
Recently, I pampered my skin with this 𝗡𝗲𝘄 𝗔𝗹𝗹 𝗜𝗻 𝗢𝗻𝗲 𝗠𝗮𝘀𝗸𝘀 𝘁𝗵𝗮𝘁'𝘀 𝗺𝗮𝗱𝗲 𝗶𝗻 𝗞𝗼𝗿𝗲𝗮, 𝘁𝗵𝗲 𝗹𝗮𝘁𝗲𝘀𝘁 𝗽𝗿𝗼𝗱𝘂𝗰𝘁 𝗳𝗿𝗼𝗺 𝗶𝗹𝗹𝘂𝗺𝗶𝗮𝗦𝗞𝗜𝗡 𝗯𝘆 𝗞𝗶𝗺 𝗟𝗶𝗺. It is good to know that it can help restore our skin’s moisture by up to 600X with once a week consistent usage. Exactly what I needed to prevent my skin from aging fast as it's also packed with anti-aging ingredients.
Wear this timepiece to work and I can’t get my eyes off this latest Quadro collection just released by Redefining DW's classic watch dial with a new shape. 𝙌𝙪𝙖𝙙𝙧𝙤 𝙞𝙨 𝙩𝙝𝙚𝙞𝙧 𝙛𝙞𝙧𝙨𝙩 𝙚𝙫𝙚𝙧 𝙖𝙣𝙜𝙪𝙡𝙖𝙧 𝙬𝙖𝙩𝙘𝙝 𝙬𝙞𝙩𝙝
Currently, I added this to my daily dietary supplement to support my immune and digestive health. @momstamin is a wold-leading HMO (Human Milk Oligosaccharide) supplement brand, made in Korea. I like the light taste and how convenient it is. You can consume it directly or mix it with water or any drink (not hot).
"𝗙𝗢𝗥𝗘𝗩𝗘𝗥 𝗬𝗢𝗨𝗡𝗚" not me 😅 but the theatre show I just watched. What a good way to relax with family and friends. A show that is full of fun and music. Beware, you might fart laughing until the end. Don't tell me I didn't warn you. 😜😅😆
Freshly baked breads with alfresco dining and a good hiking spot too. ❤
Finally tried the famous tart, a good alternative while I can't travel back to Macau to grab some of my fave tarts!
I'm very excited to use this