I’d visited this iconic Hindu shrines some time ago and I was in awe of its gigantic statue of the Hindu God at the main entrance. The golden statue of Lord Murugan is the main attraction of the caves, stands at 42.7m tall. It was erected in 2006 and said to be the largest in the world. Definitely a place where you should not miss on your visit to Malaysia.

Batu Caves is popular tourist attraction in Selangor, the north part of Kuala Lumpur. It attracts thousands of worshippers and tourists, especially during the annual Hindu festival, Thaipusam. You wouldn’t want to visit this place during its festival season unless you don’t mind a lot of crowd. There are three main caves featuring the temples and Hindu shrines.

Aside from tourists, Batu Caves is also the centre of rock climbing development in Malaysia, thus It’s a popular spot for rock climbing enthusiasts. The limestones are gorgeous which made up the caves.

You have to climb a steep of 272 steps to reach the main entrance. Upon reaching, on your left is the “Dark Cave”. It’s home to the rarest spider in the world, the Trapdor Spider. Also the most researched tropical cave in the world. I didn’t bother to explore it as I’m scared of spider and it’s dark inside. Plus I can’t scream — hahah!

There are a lot of Monkeys around the caves, so be careful as some of them tend to steal food from the tourists. It’s better not to bring any food with you. Paintings and scenes of Hindu Gods can also be seen in the Ramayana Cave. 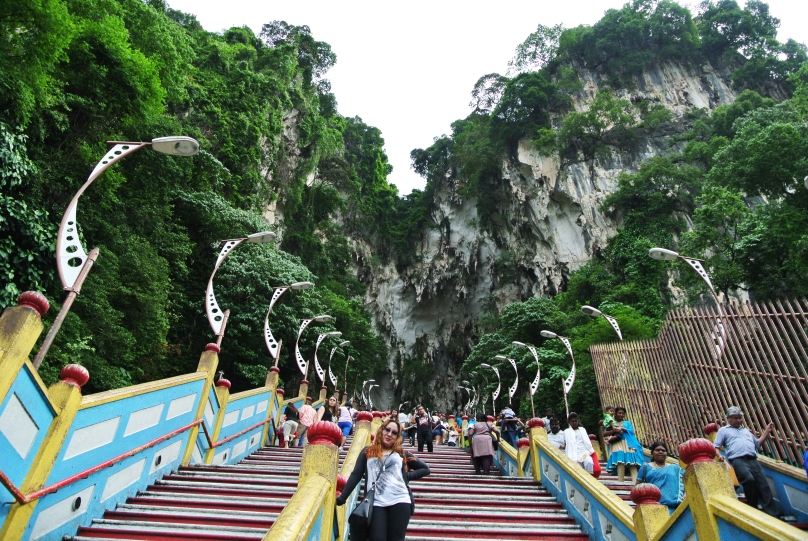 My best friend took her pose in the mid of our climb. We stopped to rest, too. Such a steep stairs of 272 steps. 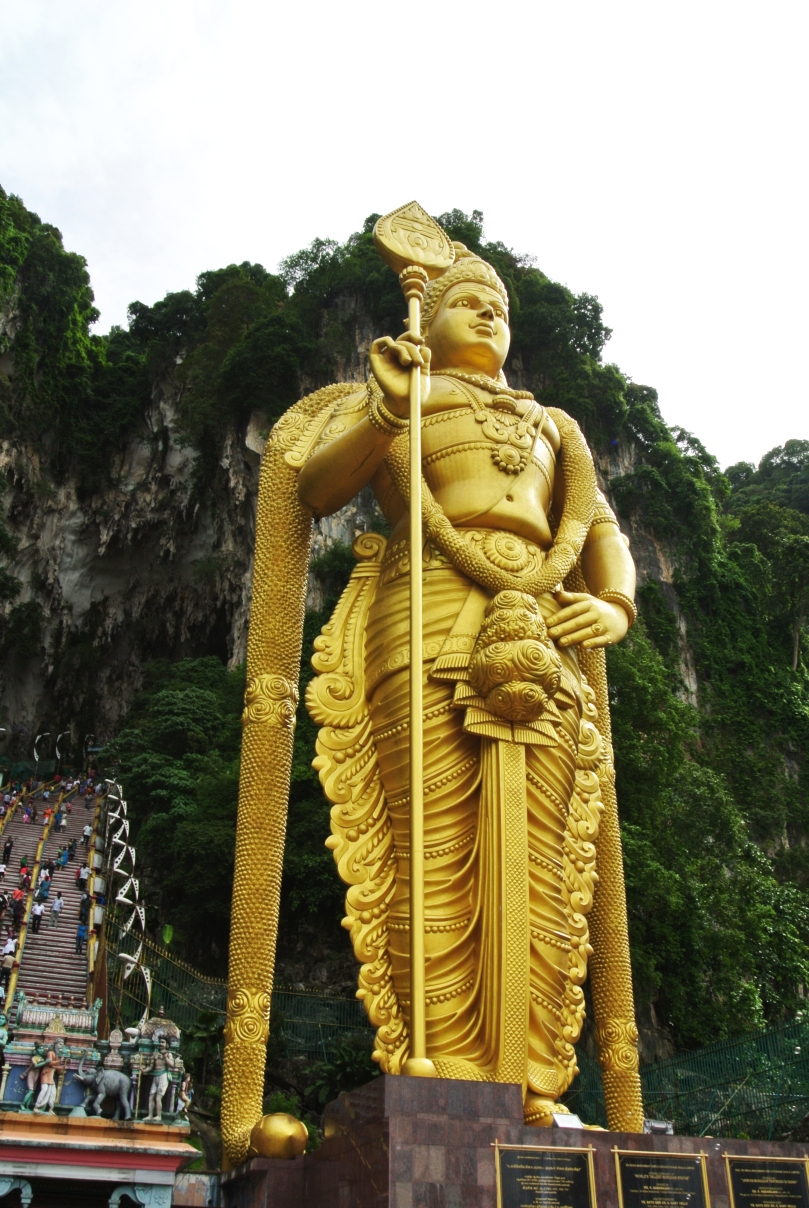 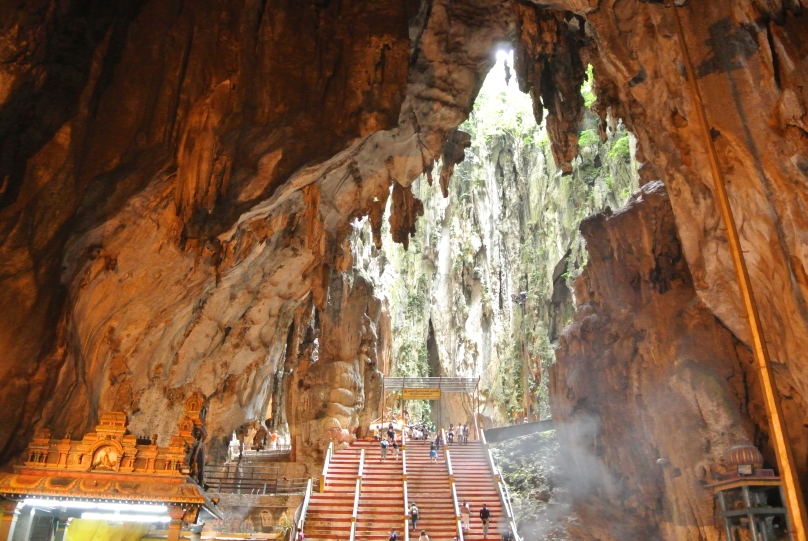 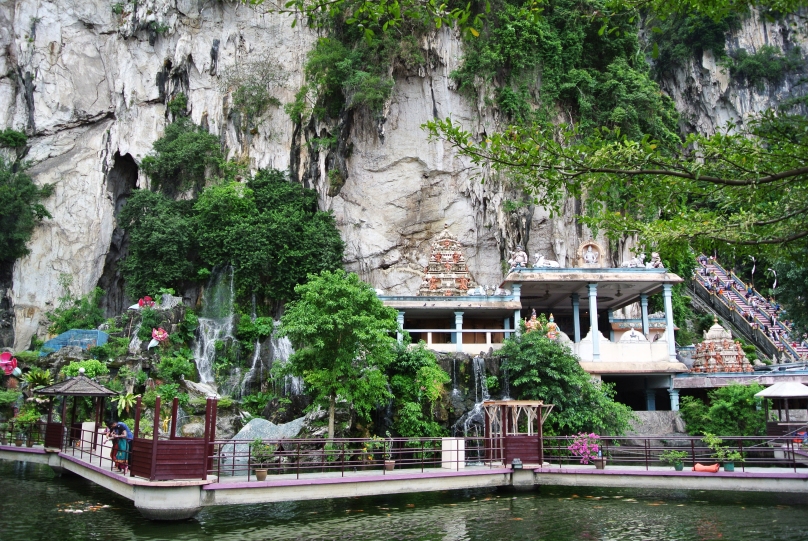 Note that each cave has different admission, it’s only the main temple cave that’s free and opening hours vary. It is accessible by car, taxi or other public transportation.

Monorail and Bus, from KL Sentral, take the monorail service then alight at Titiwangsa station and take the bus U6 to Batu Caves.

Any plan to visit KL, Malaysia?

Farrah is an OFW mama of four teens and an Engineer by profession who has been based in Singapore for over 12 years. She expanded her love for food by completing a Culinary in International Cuisine. She loves traveling to discover new things, learn, and eat eat eat.

Tea House 12% OFF Use Code Myfarrahdise12 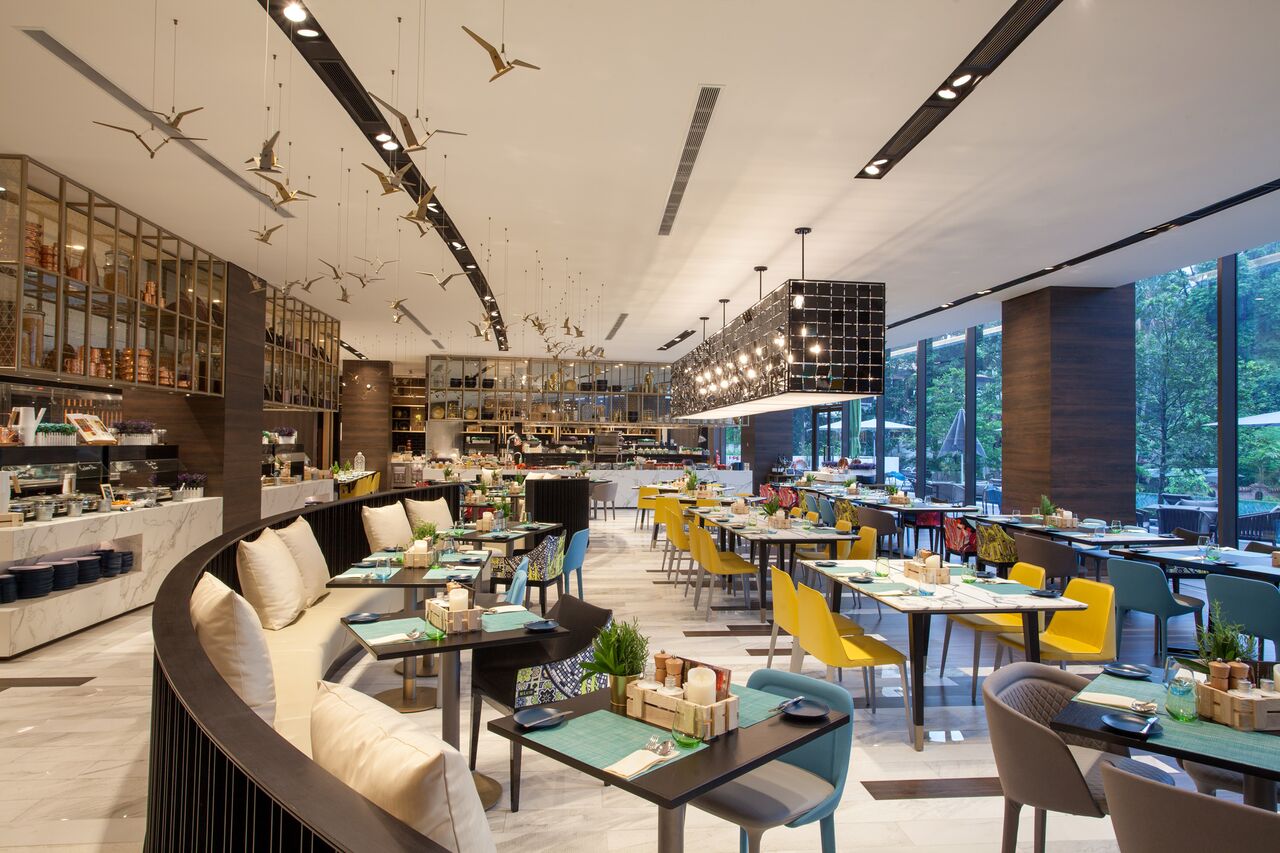 @momolatosg Cafe is delighted to present their Ramadan promotions this month of April to May 13th, 2021.
GIVEAWAY - In collaboration with @pickapastasg we are giving away 2 limited edition @pepsisingapore Black Hoodies to 2 lucky winners.
Nice spot for brunch, whether indoor or outdoor dining, hearty food, and pet is allowed. 😊 ❤ @symmetrysg
I'm happy that @momolatosg is open until 2am on Friday to Saturday so I get to hangout with friends on weekend after work to cool down with refreshing Gelatos. I love the eco-friendly gelateria in Kampong Glam that exudes tropical style and offers yummy artisanal flavours.
The national treasure of France is in Singapore, a more than century old Orient Express Train. Let's ride and find out how big and what's inside on the vlog! (Link in bio)
Ordered lunch from @tzecharking and they are currently on Sale! It's a new concept of F&B delivery, which aims to bring the lesser known Tze Char stalls in Singapore together in my place.
𝗚𝗜𝗩𝗘𝗔𝗪𝗔𝗬 + 𝗙𝗥𝗘𝗘 𝗖𝗢𝗡𝗖𝗘𝗥𝗧 invitation to all on 26th of March 2021, 18:00 (CET). In Singapore time, it would be on Saturday, 27 March - 1 AM.
I made my own Acai Bowl at home using Sambazon Acai from @goodfoodpeoplesg the first certified organic and fair trade Acai in the world. Acai is the most powerful superfood food in Amazon. You can have it for breakfast, snacks, or pre/post workout meal. I can actually have it any meal of the day. 😊